Straddling the border of Arizona and Utah is a town you probably never heard of: Page, Arizona. I’m not sure I’ve ever heard of it until I started researching Antelope Canyon (We will get to that in a moment).

This small town of 7,800 people, 4 hours north of Phoenix is really a gem in the middle of nowhere. The 17-square-mile site was founded in 1957 and was used as a housing community for workers and their families during the construction of the Glen Canyon Dam. The town was acquired in a land exchange with the Navajo Nation.

For the past few years, I’ve seen nature photos and Instagram posts of the Navajo sandstone with its wave-like rock formations and wanted to explore. I even considered flying to Phoenix and driving the 4 hours to see it but I figured I would combine it with another trip. I actually drove up from Las Vegas which was 4.5 hours through Nevada and then in and out Arizona and Utah. Which was kind of trippy one minute I’m in Arizona an hour later I’m in Utah and then back in Arizona and different time zones.

I booked a few weeks in advance my ticket to the Canyon through a private tour company. Since the Canyon is on the Navajo territory you must be accompanied by a Native tour guide. I used Antelope Canyon Tours.

There are two Canyons:

If you have a chance to do both it is well worth it. But you don’t have to.

After a short bumpy ride on the back of a pick-up truck, you are at the entrance of the Canyon. There will be other tour companies there. The good thing is every company has a timed entrance that gives time for your tour guide to tell you about the Canyon and for you to take pictures. I will admit it was hard to listen to the tour guide when you are looking at all the rock and arches and the colors. It truly is a sight to behold. It’s amazing to see that all of this was created primarily from erosion of sandstone due to flash flooding. The tour lasted about an hour and the photos don’t do it justice. You definitely should put it on your list of places to see.

But that’s not all that Page has to offer. Five miles down the road is Horseshoe Bend Observation overlooking the Colorado River. This attraction is free. I would suggest going at sunrise or sunset. I went at sunset and it did not disappoint. After parking, you walk about a quarter of a mile down to the observation area no gates or railings. You can walk as close to the edge as you want. This was one of the most amazing things I have ever seen. I can’t begin to describe standing at the top and looking down at the river, even though there were about 100 people out, there was a calm and peaceful presence.  I just stood there and took it all in. At first, I walked out on a rock and I must admit was nervous being out there thinking maybe a gust of wind would blow my black ass off of it. (For the record there was no wind). 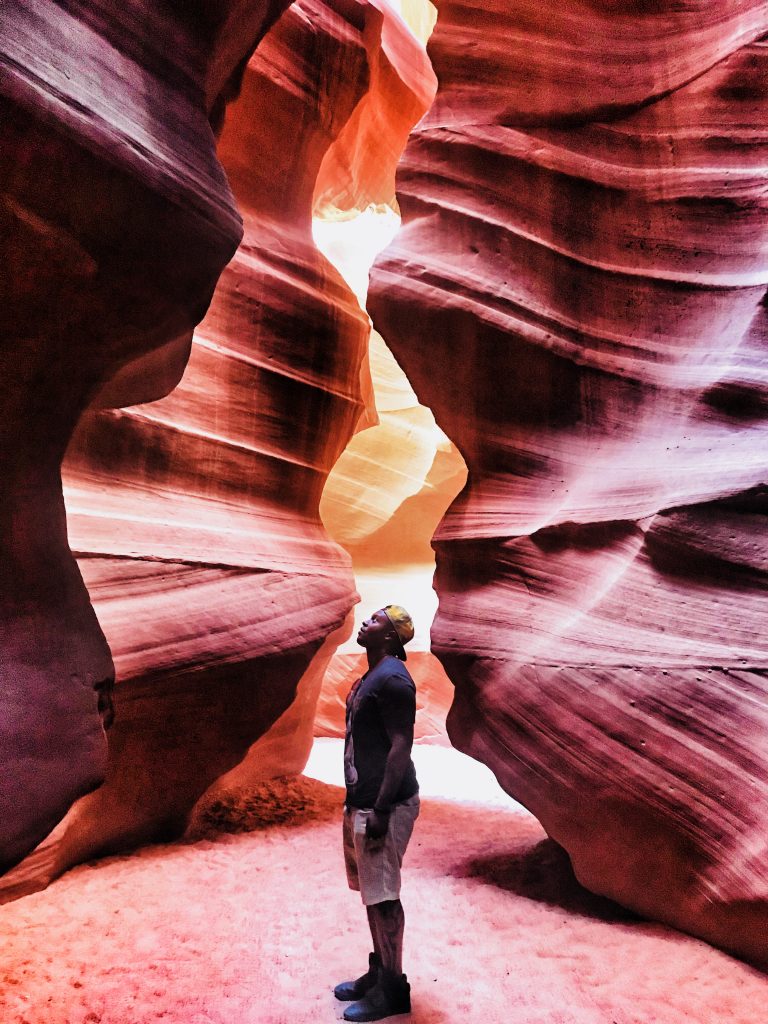 And then I said FUCK IT I’m going to own this moment! And I walked to one of the edges and sat at the end. A few people were nervous and pleaded with me not to go that far out but you only live once. I mean I didn’t want to die that day but I felt pretty safe and the adrenaline was pumping so I felt invincible. (For the record I’m not invincible). 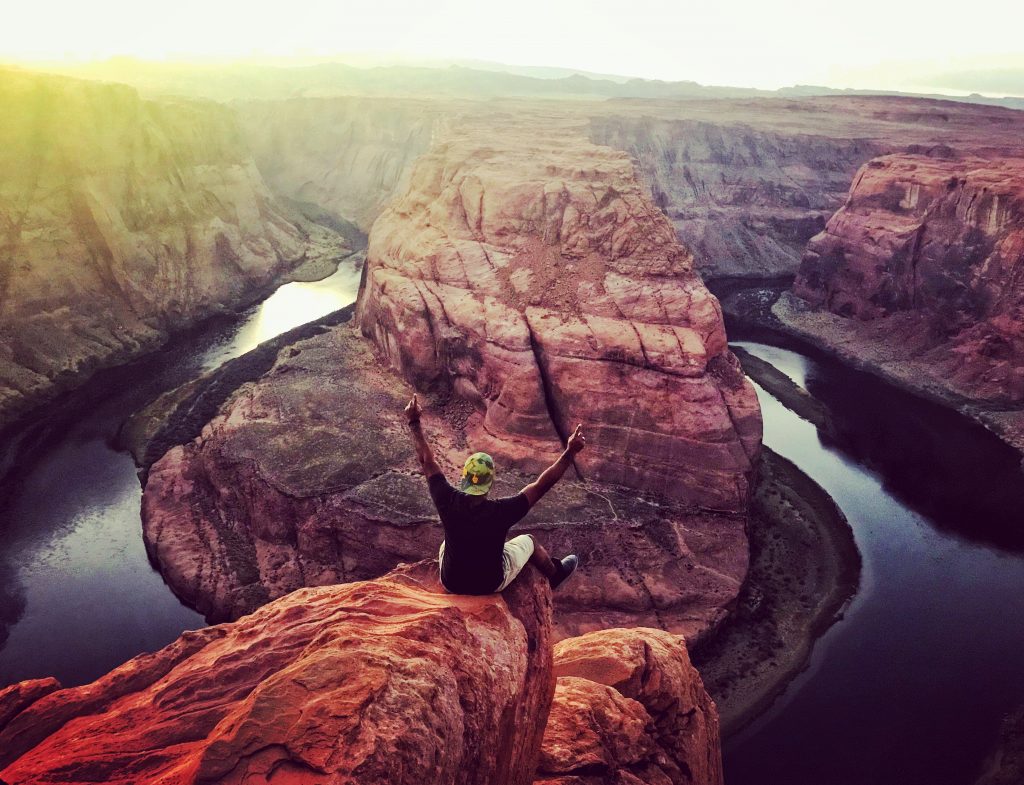 And as a bonus, if you have time 2 hours away is Bryce Canyon National Park where you can check out the Hoodoos. 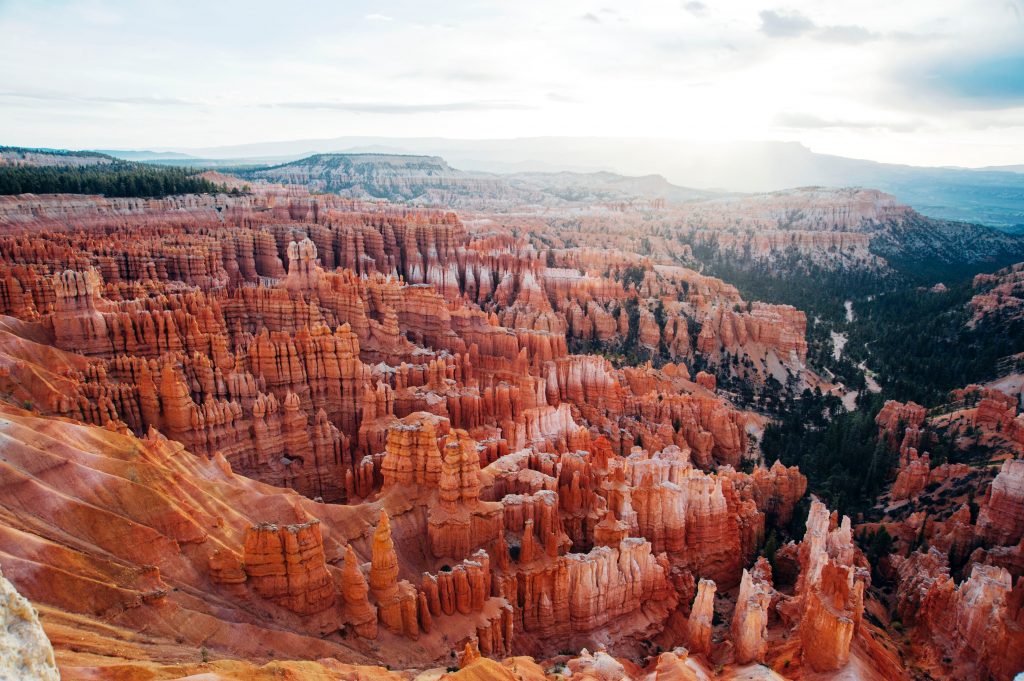 Even if you are not an outdoors person I think you still would enjoy Page, Arizona. If you are in the area I recommend you take the time to check out this small town that you probably never heard of.