Rome wasn’t built in one day, and as such, I won’t cover everything Rome has to offer in this blog post, instead, I want to feature a walking Architectural tour of this great Italian city.
I was in Rome for a weekend (wish I was there longer) but here are some cool things you should see while in the Capital Of Italy.

1.The Colosseum
Built between 72-80 AD this oval amphitheatre should be your first stop. Visitors line up early and the lines to get in wrap around the Colosseum. I would suggest signing up with a tour company, most have head of line privileges and are very knowledgeable about the history of this iconic structure in the center of Rome. 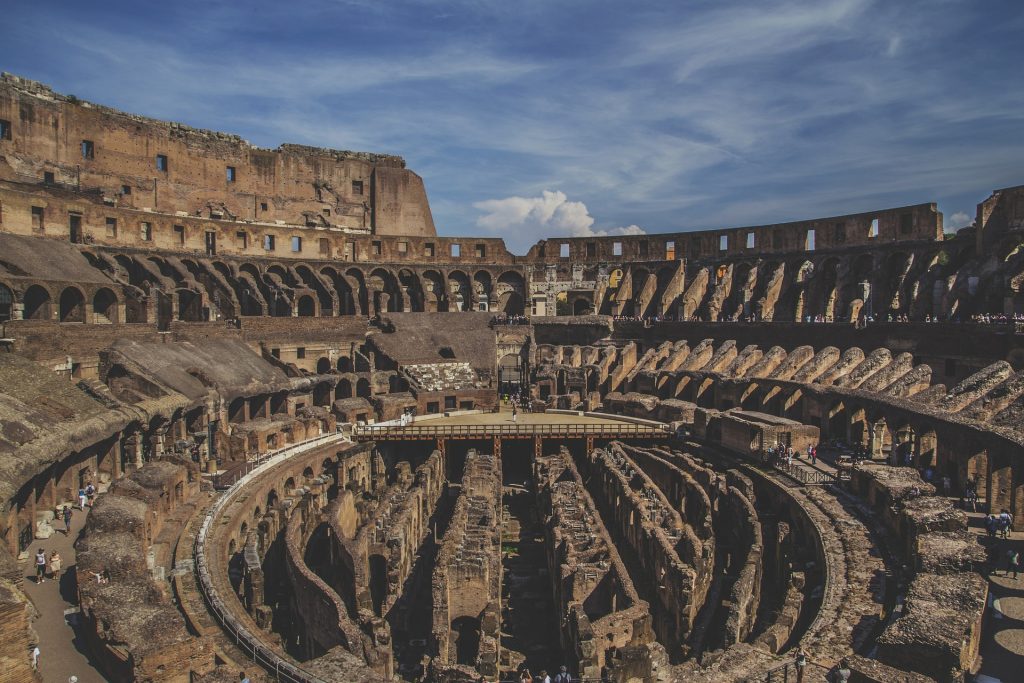 2. Arch of Constantine
Situated between the Colosseum and Palatine Hill you will find the largest Roman triumph Arch. Constructed between 312 and 315 AD this arch was to commemorate Constantine’s victory of emperor Maxentius.

3. Palentine Hill/Roman Forum
One of the ancient parts of the city is your next stop. You can spend hours exploring the Imperial palaces from the time of Augustus. Such an amazing place.

4. Intermission- Food
Gelato|Pizza|Pasta – No trip to Rome would be complete without authentic Italian cuisine. There is no shortage of little cafes and restaurants serving up the best Rome has to offer. Its okay to give yourself permission to indulge. Hey like they say “when in Rome….”

5. Trevi Fountain
After a nice authentic Italian meal stop by the Trevi Fountain. The legend is that if you throw three coins with your right hand over your left shoulder, you will be guaranteed a return to Rome. Not sure if its true but its worth a try! 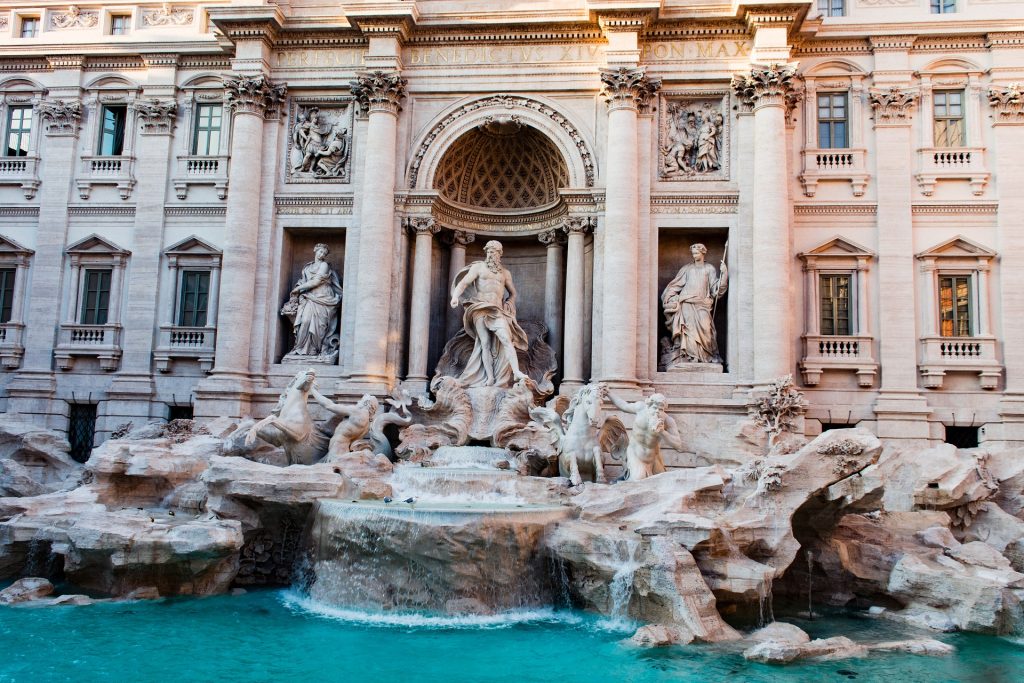 6. The Pantheon
One of the best preserved ancient buildings (The Temple of all the Gods) is still in use today. A former Roman temple but now is a church. You should definitely go inside and check out the giant dome with the famous hole in the top (The Oculus) 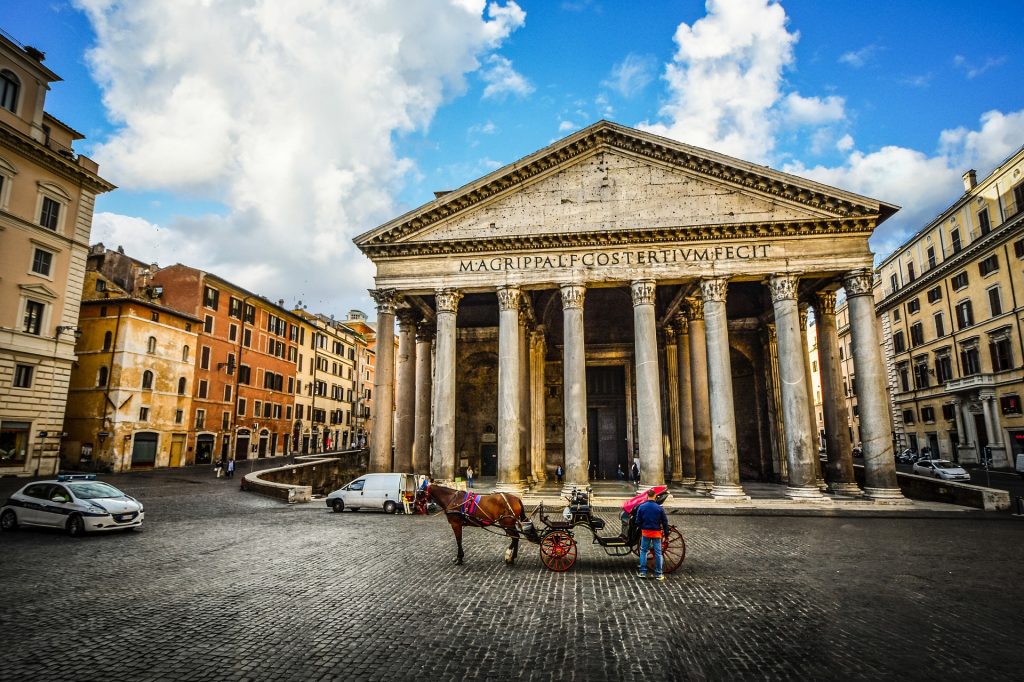 7. Spanish Steps
End your walking tour with some gelato and people watching on the Spanish Steps. And if you time it right watching the sunset is a nice way to end the day. 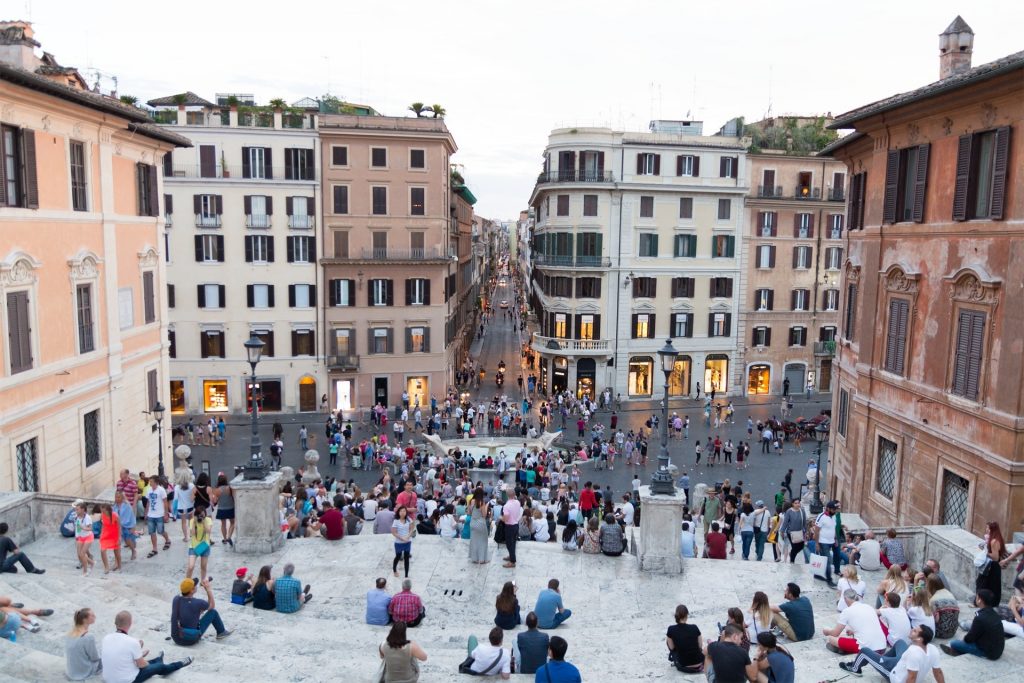